City Manager Harry Black has announced the selection of Stanley McFadden for the position of Stockton Police Chief. McFadden, who currently serves as Deputy Chief with the San Jose Police Department, was selected following a rigorous hiring process that began in January. 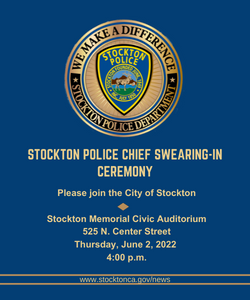 Stanley McFadden will take the Oath of Office and receive his Stockton Police Chief badge at a swearing-in ceremony.

Captain Antonio Sajor will also receive his badge elevating his rank to that of Deputy Police Chief for the Stockton Police Department.

Members of the community are welcome and encouraged to attend. 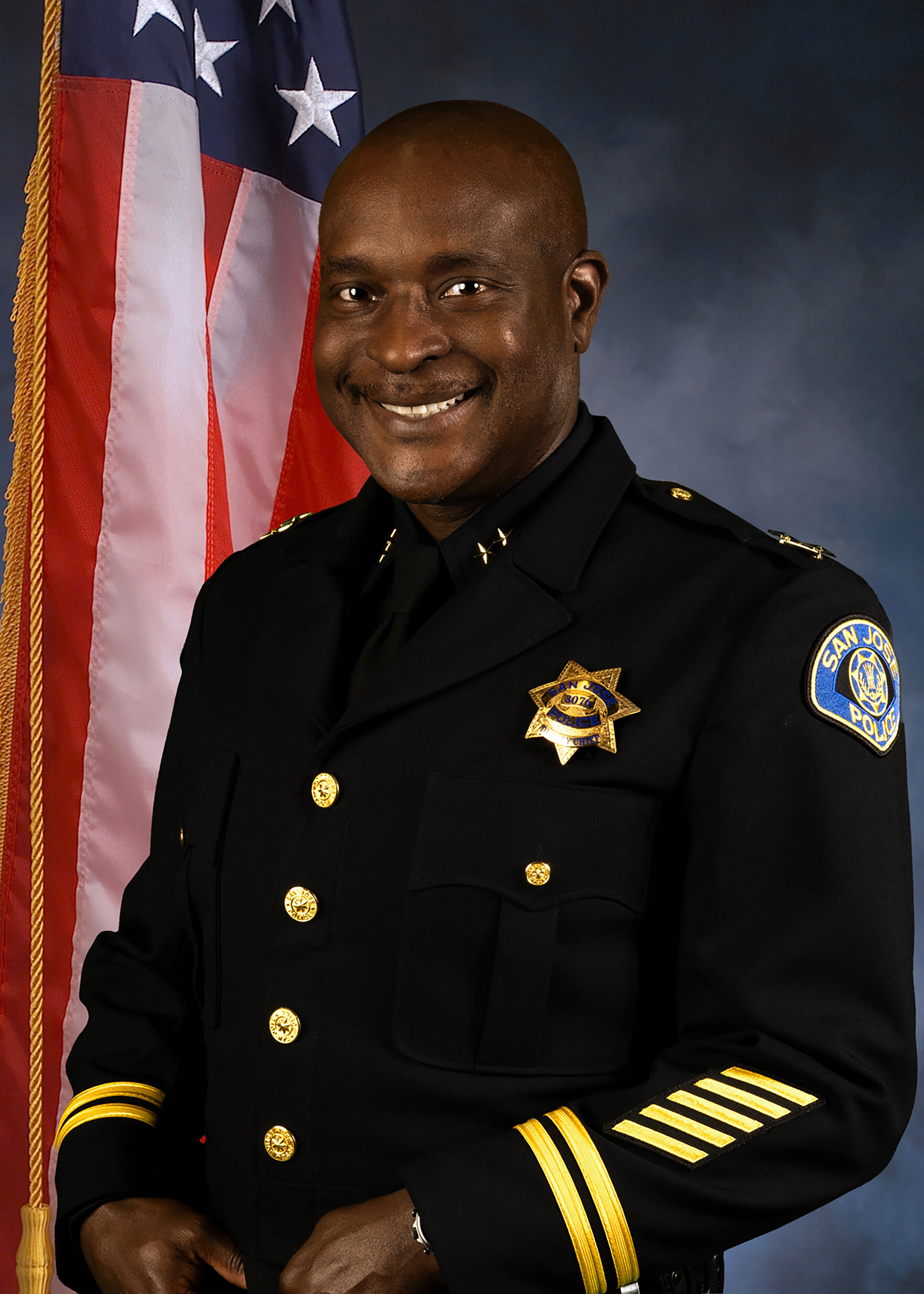 Deputy Chief of Police Stanley McFadden has been in law enforcement for nearly three decades with the San Jose Police Department. Deputy Chief of Police McFadden was raised in the Bay Area, then moved to San Joaquin County 20 years ago to raise his children in a place he believed would be best for his wife and family to thrive.

Deputy Chief McFadden joined the San Jose Police Department in 1993. As an Officer, he held assignments in the Field Training Program, Violent Crimes Enforcement Team, Gang Investigations Unit, Child/Elder Abuse Unit, and the Homicide/Crime Scene Unit. Officer McFadden was promoted to the rank of Sergeant in 2015, where he returned to the Homicide/Crime Scene Unit as a supervisor. Sergeant McFadden was promoted to the rank of Lieutenant in 2017 and later appointed as the Commander of the Bureau of Administration's Training Division, where he became the Academy Director, equipped officers with Naloxone in the field to prevent drug overdoses, collaborated with the San Jose Fire Department to establish the Department's Rescue Task Force response to mass casualty incidences, and weaved PERF's Integrating Communications and Tactics (ICAT) de-escalation curriculum into the Department's Use of Force curriculum. ICAT enhances officer safety and public safety by providing officers with more skills for handling individuals suffering from mental or behavioral crises. He was then appointed as the Commander of the Internal Affairs Unit, where he managed all conduct and department-initiated complaints made against officers. He also onboarded the Department's first Early Warning System pilot program. Lieutenant McFadden was promoted to Central Division Captain in 2021. His priorities were to create community partnerships, mentor officers to create diversity in assignments and foster inclusivity among the ranks.

He hopes to continue working in a law enforcement role with the Stockton Police Department to bring transformative change, create a safe environment for all residents, and establish trust between those who serve the city and those who are the city. Deputy Chief of Police McFadden has a proven track record of leading and managing in challenging environments. His mission is to focus on Organizational Wellness and become the newest community team member in partnership with all communities, to build, sustain and foster new relationships founded on trust and mutual respect while reducing violent crime and improving the quality of life for everyone. 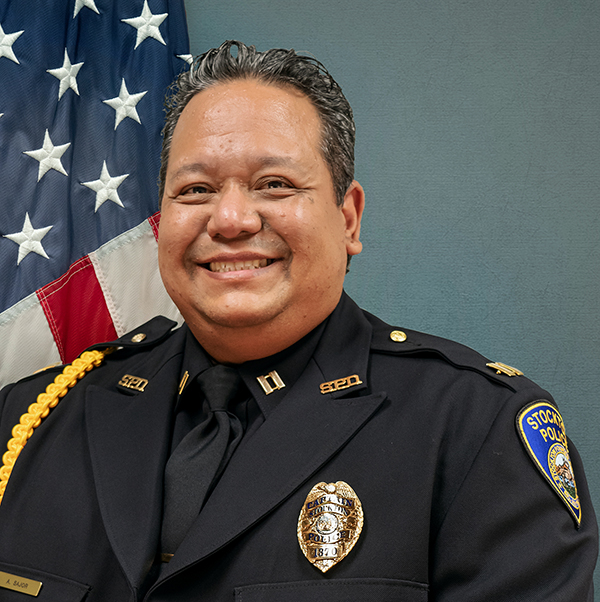 Captain Antonio "Tony" Sajor, Jr. was born in French Camp, CA, raised in Stockton, and joined the Stockton Police Department in November 1997. His career began with assignments in community policing and as a narcotics officer. In 2007, Sajor was promoted to Sergeant where he worked in the Field Operations Division. In 2011, he was promoted to Lieutenant and served primarily as the South Strategic Operations Commander and as the initial manager of the Police Chief's Community Advisory Board. In August 2014, Sajor was promoted to Captain and since has commanded four of the five divisions within the Stockton Police Department.

In 2017, Sajor was awarded the Center for Digital Government's “Best of California, Demonstrated Excellence in Project Management Award" for his leadership role in the successful migration of the department's dispatch and records management systems. He led and oversaw the implementation of the Body-Worn Camera System, License Plate Reader System, and other technology projects. Sajor was assigned to manage and facilitate the Department's award-winning data-led violent crime forecasting program. Additionally, Sajor was responsible for leading the revision of the Department's Three Year Strategic Plan for 2020-2022, and revisions to the Department's use of force General Orders to match legislative mandates and industry best practices.

Sajor holds a Bachelor of Science degree in Criminology from California State University, Fresno (1997), and a Master's Degree in Security Studies (Homeland Security) from the Naval Postgraduate School in Monterey, CA (2015). He is a graduate of the Sherman Block Supervisory Leadership Institute and the POST Command College. He is a part-time faculty lecturer in the Division of Criminal Justice at California State University, Sacramento, and a para-professional at the San Joaquin Delta College Basic Peace Officer Academy.

Captain Sajor lives in Stockton with his wife of 22 years and his two teenage sons. He volunteers on the School Site Council for the All Saints Academy of Stockton, and as an usher for the Cathedral of the Annunciation. He is a prior board member for TEAM Charter School and United Way of San Joaquin County.